The story behind our name

We are regularly asked: "Where does your company name come from?". Let us take you back in time to answer this question.

Merger between Danimo and MIB Wielen

Two renowned wheel specialists, Danimo Transportwielen from Zaandam (1975) and MIB Wielen (1951) from Boxtel, decided to join forces in 2007. This merger resulted in the new brand name D&M Holland: the D from Danimo and the M from MIB, combined with Dutch pride. 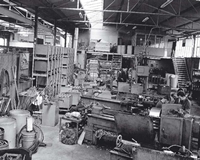 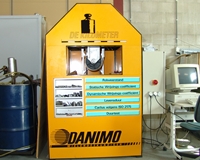 Together we had the ideal mix for optimal production, and we could invest in the expansion of our machine park again.

Unfortunately, the crisis followed soon after the merger, leaving its mark on the company. The management changed, which resulted in a new direction for our company, although a risky one. Because, instead of relocating our production abroad (like many competitors), we did the opposite. We retained our machines and invested in an expansion of the machine park and our staff.

For example, we climbed to a new position in the supply chain where we combined production and R&D with distribution, import and export, and we became a total supplier for the Dutch industry of transport wheels.

During the following years, we noticed that we became a serious sparring partner for large, Dutch companies in the OEM industry. That made us think: can we also do that abroad? Why should we let the national borders limit our business area?

Because of these foreign aspirations we decided that it was time for the next step: an international approach. This also included a new, international name: DM Wheel Systems.

The name change gave us the look and feel we want to promote: we are a total supplier in wheel systems and have the capacity to develop tailored wheels for every application. That is what DM Wheel Systems is all about!

Home » About us » Blogs » The story behind our name

Select up to three products and compare their properties.